Funny – but kind of scary – emu videos on YouTube 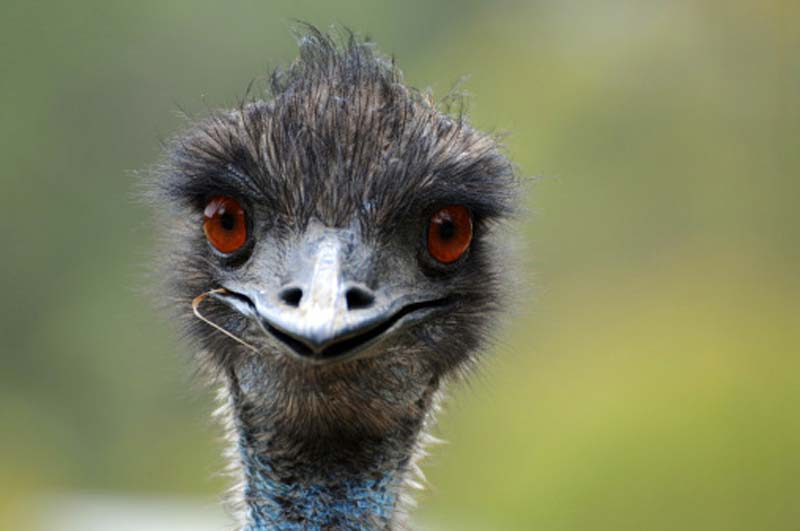 Here is yet another installment in our series of funny YouTube videos. Today, we focus on emus – scary but  cute.

Emus can’t fly, but they sure can attack. The result is some hilarious video footage of terrified squeals and nervous laughter and of course a bundle of laughs for you. And we’ve assembled the funniest, craziest emu videos out there.

BTW, do you have any funny emu videos?

If you do (do you really???), use our video maker muvee Reveal X to make a YouTube video that goes viral and is seen by millions of people.

One Eyed Emu Attack, with Water Moccasins???
What’s scarier than an emu attack? A one eyed emu attack. In this funny video a couple of friends enjoy some quality time in a petting zoo until a feisty emu decides to get in on the fun.

Emu attacks aren’t just for humans; emus will also chase dogs as this silly video illustrates. While the footage in this video is killer, it’s the music choice that really ties everything together.

Emus aren’t picky when choosing their victims, to them adults and children are all likely targets. In this cute video a spirited emu harasses a little boy with hilarious results. The little boy’s nervous laughter is adorable. It’s almost as if he can’t decide whether he should laugh or cry.

Four Wheeler Emu Chase
Emus are known for the ability to run at lightning fast speeds (some can run as fast as 43 mph). In this one-of-a-kind video a dad and son are chased by a speedy emu. Who will win? Watch the video and find out!

We hope you’ve enjoyed this silly collection of emu attack videos. Now it’s your turn; make a YouTube video of your own using our home video editor. If emus are involved, we’re sure it will be hilarious.