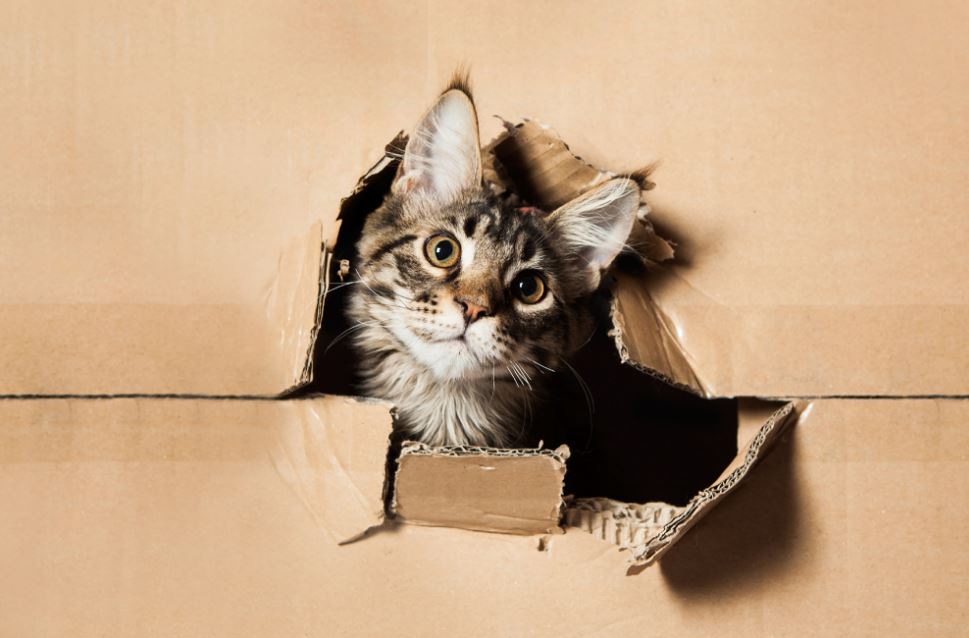 Cardboard boxes are magical objects to babies, cats and dogs. These inexpensive pieces of trash can entertain for hours, often providing more fun than an actual toy would. If you have a pet and a box you have everything you need to make a YouTube video. Here’s some inspiration for your viewing pleasure.

Two Cats and a Banana Box

When two cats play in a banana box the fun never stops. One cat gets inside and spends its time trying to catch the other cat’s tail. When he does finally make contact the playful friend simply moves. Hilarious!

It’s no fun when your favorite box doesn’t fit. This adorable bulldog has many boxes to choose from, but alas his favorite just isn’t the right size. What’s a bulldog to do?

Baby and Dogs with a Box

Babies love boxes and dogs do too. Combining the two makes for an exciting YouTube video. While the footage captured is great, a little video editing could take this video to a whole new level. By trimming some of the excess footage the video creator could create a shorter, more compelling piece. I would also recommend adding in a little music to help the views really add up.

It isn’t just housecats that love boxes. Watch as the big cats at Big Cat Rescue enjoy boxes of their own. This video is fairly new, but in just a few weeks it has already gathered tons of views.

If you need an inexpensive toy for your pet, save a box. But, don’t forget to keep your video camera close at hand because great video footage is probably coming your way.