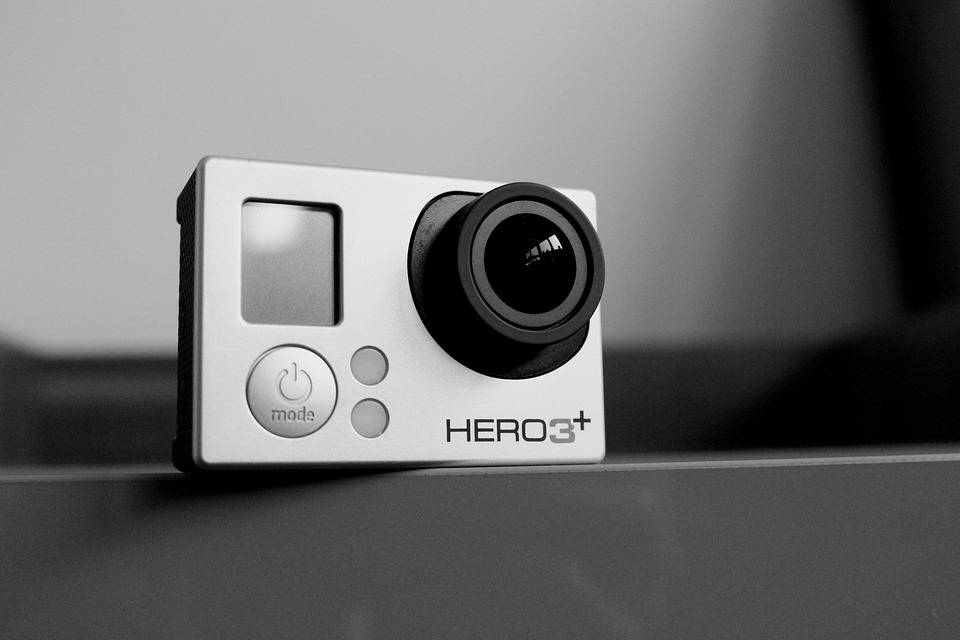 Inexpensive, wearable cameras are extremely popular these days (and are bound to just keeping becoming more and more popular), so we thought we would provide some GoPro video tips (To split mp4 files from your super-long GoPro video files, check out our amazing Turbo Video Cutter).

First of all,  GoPro often says it makes “video cameras that turns ordinary people into the stars of their own self-shot action movies.” Besides offering cheap, bomb-proof, high-quality cameras that produce HD video, GoPro  produces a vast collection of mounts that allow its inexpensive cameras to be attached to everything from the tips of surfboards to ski helmets.

So, if you don’t already have one of these yourself, expect your teenager (or husband) to ask for one of these for Christmas.

But it requires a certain knack to use these cameras correctly. Used right out of the box with a few basic mounts and accessories, the typical GoPro’s main drawback is that, unlike a conventional videocamera with and LCD display, it’s almost impossible to tell exactly what you’re shooting at.

The best way is through trial-and-error, and becoming thoroughly familiar with the camera’s field of view.

It’s always a good idea to experiment with different mounts. The helmet-cam mount is very popular, but one drawback is that the camera shoots wherever you happen to be looking.

GoPro also offers other specialized mounts, including a truly incredible suction grip that allows your camera to be mounted on the side of a car, your snowboard, or even the outside of an airplane.

Positioning the camera away from your body allows you yourself to be part of the action. When shooting yourself, and if you point the camera directly at your face, you’re probably going to have too much headroom. Point the camera down a little bit to ensure that your head is near the top of the frame rather than in the centre.

When shooting yourself from a profile perspective, try to frame the back of your head against one side of the frame so that the direction you are looking has empty space in front. This space shows that you are moving in this direction.

Finally, a last bit of advice is, after you’ve mastered the basic functionality of your “wearable” camera, start out each shoot with some idea an in your mind of what you want the video to look like. The clearer the picture of the final project, the better, so if you have a particular song in mind then include that in the vision.

It’s not necessarily a minus that the camera follows where you’re looking although for a bike, the helmet cam looks way less dramatic and has less sense of speed than the handlebar mount which is closer to the ground