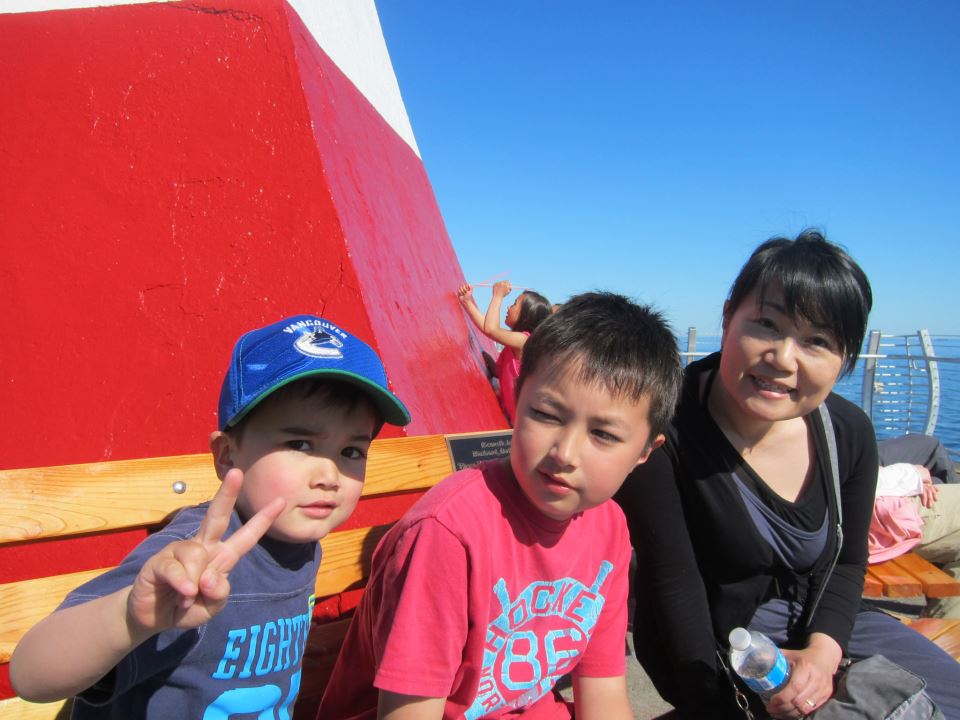 Angie Across America desires to bring across two key messages:

Over the past few weeks, I’ve been sharing my story of riding across America – a little peak into my thoughts after the ride and experiences during the ride. A full length documentary will be released in the upcoming months, featuring the journey of a dream, struggles of the ride across America and several people I met along the ride who stopped to share what ‘chasing their dream’ really meant. Stay tuned to www.angieacrossamerica.com for news on the release of the documentary.

In the next few weeks, I will be bringing you several short stories of real life characters (whose names I have altered to protect their identity), but whose stories are true to the dot and represent the diversity that form the very fabric of society, especially right here in San Francisco where I currently live.

Here is the story of Fernando Alvarez (not his real name).

I met Fernando Alvarez on a day trip to a river outside of Yosemite National Park in 2012. He lives mostly by himself, in East Bay. His only son, 12, lives with his ex-wife in South Bay. His is a typical case of a “green-card marriage” – Mexican immigrant comes to the U.S. to work, after many years, obtains citizenship, meets a fellow Mexican girl, likes her but not enough to marry her, she charms him and persuades him to marry her so she could stay on and work in the U.S., he relents, marries her, has a kid with her. Happy ending? Not quite. She then leaves him for a better life with a richer man. He is devastated, crushed, betrayed, and loses custody of his son – she has full custody while he only has weekend access (he only gets to see his son and have him stay over on the weekend).

He told his story with a deadpan look, like it didn’t matter, like it’s just another day’s occurrence. He may feel utterly obscure in his own world, but to me, his story carries more grief and pain that he would readily admit.

Why should the story of an immigrant matter, in a sea of 7.5 million people living in the San Francisco Bay Area?

Fernando’s story represents bitter-sad emotions that many in society numb themselves to, fearing judgment or critique of weakness by others in the Silicon Valley that proudly wows the world with its latest, cutting-edge technological breakthroughs and innovations.

Leaving his home that evening, I found myself asking these questions:

What’s it like to live alone from Mon to Thu, to see your son only on the weekends?

What’s it like to wake up at 4.30am; fix a quick simple breakfast of toast, bacon, eggs and coffee;

organize, shuffle and deliver parcels and mails on a 8-hour shift;

speak to no one in particular except for the occasional courtesy nods and smiles to house owners watering their plants in their front garden or driving their fancy cars out of the garage;

end your workday with a change of clothes and a quick rush for your car so as to avoid the deadlock evening traffic to make yet another hour and a half’s drive back home (there’s really no escaping the evening traffic at all);

turn up the volume from the radio to drown out the melodrama of an uneventful work day and the chaos of the buzzing traffic,

blink back at the bright green, amber and red lights flashing;

reach home and unlock the door to a quiet house save for the silent hum of the refrigerator;

fix yourself a simple dinner of salad and eggs;

work on the backyard for an hour or two;

take a hot shower and call it a day –

and to repeat this over the next four work days…

Because this is the very life of Fernando Alvarez.

In the next few weeks, I will be sharing more true short stories of people who display incredibly tenacious attitudes, who very humbly have asked to remain anonymous and not to have their photos or videos taken, thus the lack of visual accompaniment in this and upcoming blog posts.