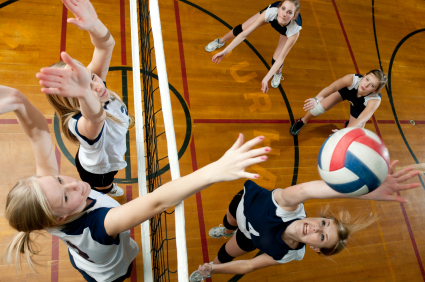 Sue has been using muvee Reveal 8 to make all kinds of sports muvees from soccer to basketball to swimming and even one for Volleyball for a Cure. One of her favorite muvees included a swim team of 100 kids from ages 8 to 16! She even has muvees that last over 30 minutes. One of them included 785 pictures and nine music tracks. Now that’s a muvee! Sue shared one of her favorite muvees with us keeping with the sports theme. She documented a “Volleyball for a Cure” event at her local high school in Massachusetts that was created to raise money for breast cancer. She created 30 DVDs of the event to sell with all the proceeds going to charity. We love when muvee is used for a great cause!*

Sue’s muvees are carefully planned and thought out. She creates folders for the images she has taken over each sport’s season. She relies heavily on our storyboard feature for easily dragging and dropping photos exactly where she wants them. Sue mainly uses photos in her muvees and spends a lot of time organizing and editing the photos with magicSpot. She goes through each photo and sets the panning just where she wants it and adds captions when they fit best. She also spends time choosing the music “to keep it contemporary for the kids.”

Sue told us she uses the Classic Vanilla Style on her longer muvees because “it’s easier to manipulate the pictures with that Style”. Want to learn how to make the most of your pictures, like Sue, using our magicSpot feature? Check out our post on magicSpot here.

*Keep in mind if you are using muvee products to create and sell DVDs for a profit, you will need to purchase the muvee Reveal Business Pack with a license for distribution.