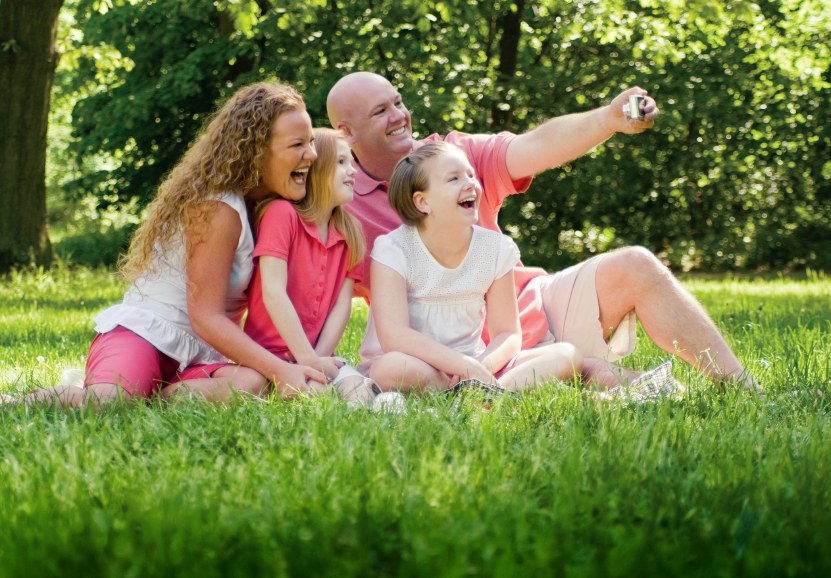 We came across Stephanie’s gorgeous family home movies when we asked our Facebook fans if any had created “year in review” muvees. Stephanie posted one of her very photogenic family and we couldn’t help but ask her a few questions. Along the way we learned that Stephanie has made muvees for all occasions from births to memorials and throughout the seasons. Her answers were so great that we didn’t even want to edit them! Thank you for sharing your story, Stephanie!

How did you get in to muvee-making?

Back in 2008, I saw CNN was inviting readers to create a Year in 60 Seconds movie. I thought it was a clever way to highlight some of the year’s memorable moments, so I started looking around for an easy-to-use movie program. Even though most of the people in my family use professional movie editing software (because of their occupations), I didn’t want to invest a hundred hours learning a program I would only use half a dozen times a year. I wanted something that would do a great job without needing to spend days editing.

Which muvee products do you use?

Somehow through my Internet wanderings, I found muvee Reveal (version 8) and it looked pretty easy to use. Almost too easy! I was skeptical that it would do what I wanted, but I gave it a try, and just like that I became a muvee-maker. I was super impressed with the program, and immediately started singing its praises to everyone I knew. I remember my mom being so amazed at how easy it was to make the movie…especially since she had just spent a week working on a slideshow in a program that was ridiculously non-user friendly.

Do you have a favorite muvee you’ve made?

Incidentally, that first muvee? I couldn’t keep my Year in Review to 60 seconds. I love taking pictures of my daughters, and 60 seconds is just not enough time to show off their cuteness. I have created a Year in Review muvee every year since 2008, and even though 1 minute isn’t long enough, I do try to keep it under 4 minutes. People have other things to do than look at my family!

I have three other muvees that hold a special place in my heart: the muvee I made of my middle daughter’s December birth, the 2010 review that showed my youngest daughter’s birth, and the 2009 review that showed pictures of my grandmas, who passed away that year. I watch those muvees over and over again, and everytime I’m so thankful I made them.

What tips do you have for fellow muvee-makers?

I have learned a few tricks along my muvee-making journey. Last year I discovered that if I upload my muvee to YouTube and I’ve use a mainstream song in the background, the video won’t play on smart phones because of copyright laws. I understand the reason, but it was quite frustrating at the time. I kept trying to show my muvee to friends, but it wouldn’t play! Now I know that if I want to be able to see my YouTube video on my phone, I have to use pre-licensed or royalty-free music (which, incidentally, is a feature of Reveal X).

And, in the end, that’s what I love most about muvee: in a short amount of time, I’m able to create something that leaves a long lasting impression. I’m so glad I started making muvees while my girls are still young, so we’ll have these to watch for many years to come.

We couldn’t have said it better ourselves!