Internet Marketing Videos That Shouldn’t Have Been Made 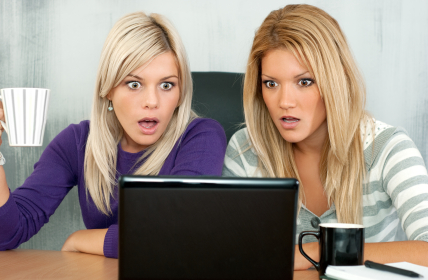 As much as we hate to admit it, commercials are sometimes entertaining. In fact when I’m watching a boring show on TV I almost look forward to those commercial breaks hoping for a bit of relief. While some commercials are gems others belong in the trash heap.

These colossal commercial mistakes show us that even professionals can make poor choices when it comes to creating internet marketing videos.

While the premise behind the commercial is slightly amusing (a kid walks in on his parents in the bedroom) the end result is a bit on the creepy side. I’m not the only one that feels this way. This video was nominated multiple times in The Consumerist’s Worst Ad of 2012 contest.

What do you think: commercial genius or creepy pasta sauce ad?

A baby with a beard hitting the clubs isn’t funny; it’s just creepy. But, you don’t have to take my word for it. Watch this commercial and see for yourself.

When it comes to toilet paper internet marketing videos, the less you say the better. I don’t enjoy listening to detailed descriptions of how the paper will make me feel. This commercial doesn’t make me want to go buy toilet paper; it makes me want to stop watching ads online so I don’t run into another creepy video like this one.

It Isn’t Joe; Its Johan

Deep accents, a strange plot and acting that pushes the envelope a little too far can all be found in this marketing video mistake about coffee.


When it comes to internet marketing even a mistake could end up being a success. Each of these videos might have solicited a laugh for being goofy, but the reality is that you and I watched them, which is the intent after all. Do you think you could do better?

Give it a try.

You can easily make internet marketing videos of your own using the easy editing tools in muvee Reveal X.