Back to school tip: how to protect your children online 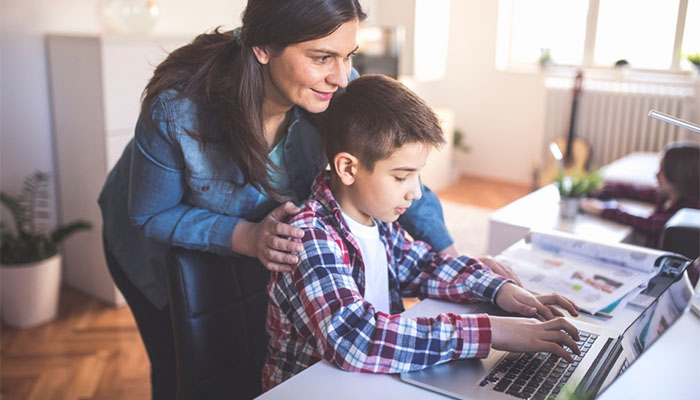 As we head back to school it’s important to consider that we live in a wired world. At least 56 percent of all US adults now have smartphones. However, according to some estimates, among the population of mobile phone owners (91 percent of US adults), the smartphone penetration number is now 61 percent.

And three things we love to do with our smartphones are:

This presents special challenges and concerns for parents and children, many of whom are being sent off to school with new smartphones of their own.


How to protect your children online?

The challenge is that anything we post can theoretically be shared with anyone on earth.

Jenny X maintained a family blog where she documented the growth of her two sons. And then, she received an email from a woman she had never met, saying that she had viewed an online ad featuring a photo Jenny’s’s nine-month-old son, Jack, which stated that he was available for adoption.

Another mother, Jessie G, discovered her four year old daughter’s photograph on a “niche” social networking site where participants could vote on appearance. This photo was “ripped” from a free photo sharing site where someone in the family was sharing pictures of the girl with relatives.

As well, video uploaded to YouTube can easily be copied and viewed millions of times by complete strangers.


How to protect yourself

The best way to make sure that family photos don’t get shared by others is to only post them on a password-protected site. Most blogs and some picture sharing sites have the ability to create a login and password that users must have in order to gain access.


How to make sure your Facebook photos are private

However, most of us, including our kids, are sharing on Facebook and Google Plus. Both of these social media platforms have strict privacy controls, and it’s totally possible – and totally easy – to select what you share, and with whom. The important thing is to keep checking your settings, since both Facebook and Google Plus have the tendency to change the rules overnight!


How to keep your kids safe

Establish ground rules and stick to them. Keep their social networking pages viewable to friends-only, and monitor what photos and videos they post.

2) Engage with your children’s friends

Engage the parents of your child’s friends, and keep track of images and videos being posted by others. This doesn’t mean that you are snooping – you can be upfront about it. However, as your children grow older, they will probably not want you “interfering” in their online life.

3) Keep talking to your kids

But the key, like everything else in parenting, is to remained engaged with your child and to continue to develop a relationship of openness and trust.