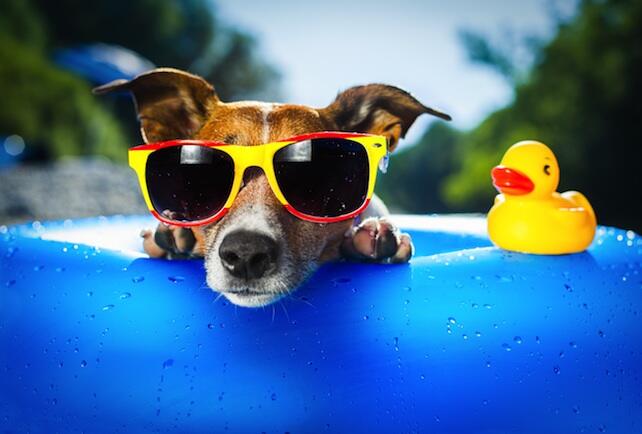 What makes a popular YouTube video? It’s not just video editing software… a healthy does of cats helps!

Cats notoriously hate taking baths, so obviously a video themed around a wet cat has to be hilarious. We love this simple music video created using video editing software and a few funny wet cat pictures.

Making something similar on your own using muvee Reveal X would be a breeze and wouldn’t you love being the genius behind this cinematic gold?

Enough talking, I’m sure you’re dying to see this soon to be classic video for yourself.

Before you watch a quick word of warning: the song “Wet Cat” played in this video is very catchy. It’s been stuck in my head ever since I first heard it.

Several different elements combine in this video to make it so effective. Let’s take a look at a few so you can use these tips to create great videos of your own.

The photos used in this video would be funny all on their own. I love that they used a variety of different cats and different shots. The one video of the cat in the tub is repeated often throughout  the song adding a sense of continuity and tying the piece together.

The song makes the movie. It is unique and catchy, but fast enough to hold the viewer’s attention. Because the music will stick in your head, the viewer will be left with a memory of the video long after it finishes playing.

Big bold captions also add excitement to this video. The captions are simple “Wet Cat”, but add another layer of intrigue to the video.

Adding captions in muvee Reveal X is a breeze. Simply hover the mouse over your photo and click on the icon with 2 Ts. You can even change fonts, colors and sizes to create a similar caption effect to that seen in this video.

Sometimes a great video has a very simple theme. In the case of this video the theme of “Wet Cat” works wondrously. Now that you’re feeling inspired get out and make one of your own.

The only thing more fun than watching a video like this is making one.