How to Stitch videos from
Samsung Gear 360 on the Mac?

So you bought a Samsung Gear 360 Camera and are raring to go. You shot some amazing 360 videos with your new VR toy and quickly realized your videos look like this on your Mac.

On further reading, you realize you need to fork out another $600 for a compatible Samsung Galaxy Android phone. Only the Galaxy S6, S6 Edge and S7, S7 Edge and Note 5 works with their 360 camera).

If you have a Windows PC, then you can use the included Action Director software which you can download from the Gear 360 website. However, it ONLY works for Windows PC, and you require the activation code, registration and jump through a couple of hurdles before getting into it.

So if you don’t have a Samsung compatible android phone nor a Windows PC, is there a way to create and share your 360 videos? 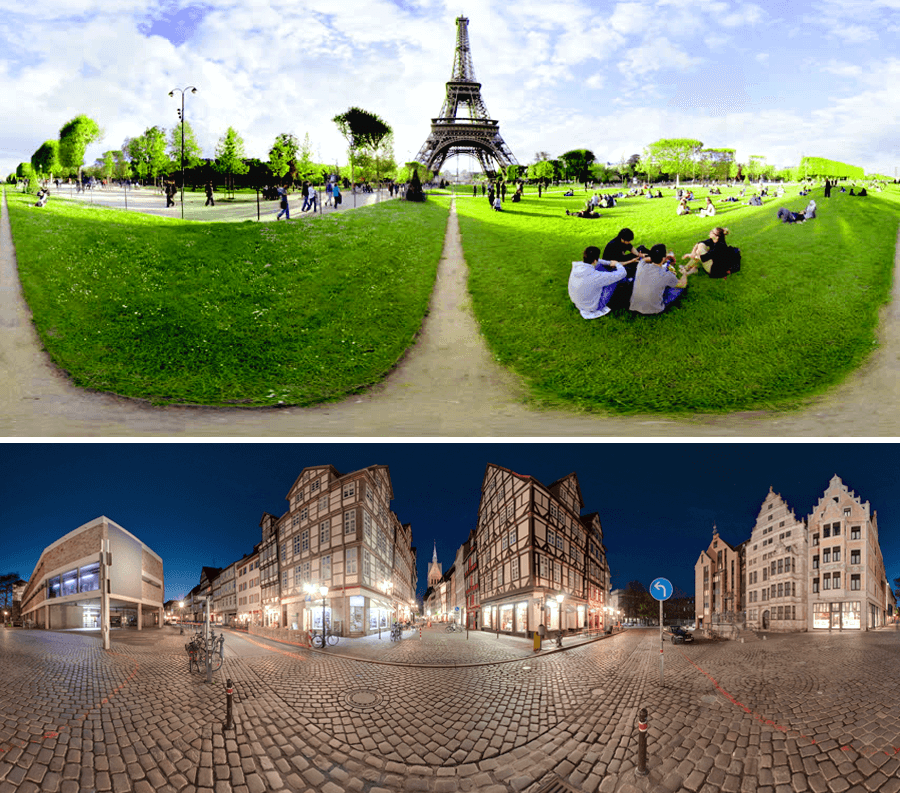 Here are a few 360 Video Stitching Software for Mac that we found and tried:

VideoStitch Studio
This software is created by a French startup which produces software for post production houses focussed on stitching and creating 360 videos from multiple cameras. In short, whilst it will support the Samsung Gear 360 (which essentially shoots with two cameras), its likely an overkill, since the Videostitch Studio application for Mac costs almost as much as your Samsung Camera! (USD$295). That being said, it does include many features like Stabilization and orientation, Real-time preview, Automatic Calibration which supports many different types of cameras, Automatic Exposure Compensation and Color Correction. This last feature is really useful for the Gear 360. 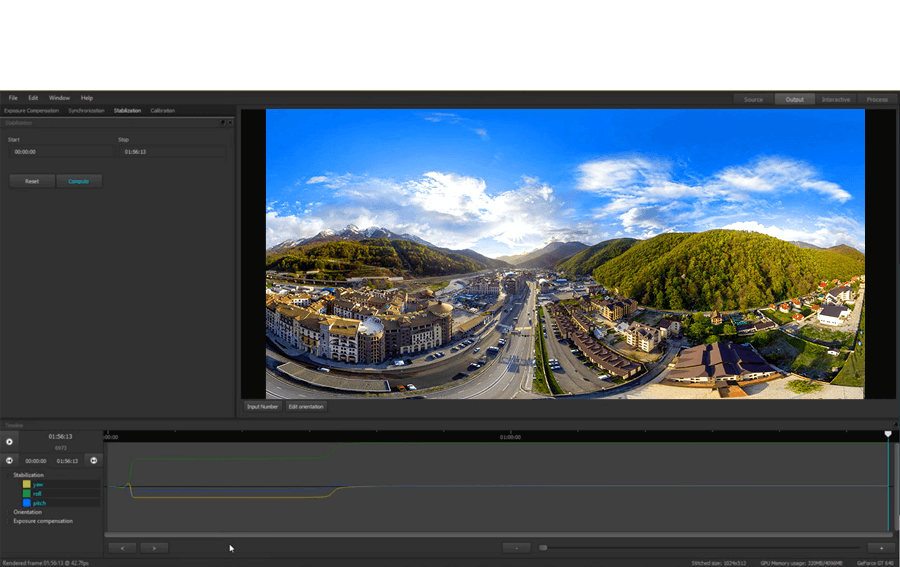 Kolor is another French startup which focuses on 360 camera rigs and the associated software. They were acquired by GoPro recently, so its unlikely that they will continue to support competitor’s 360 cameras for too long. They currently sell one of the most popular 360 immersion video software available as they were the first company to focus on this emerging format. Their focus is on automatically stitching many points of views into one continguous 360 Virtual Reality “Immersion” video.

They also have features to make rabbit hole and tiny planet type videos. The Autopano Video software have been used by professional production houses and enthusiasts and costs upwards of 299Euros for the most basic version, and 599Euros for the Pro version. Amazing great software for professionals, but costing more than your Gear 360! 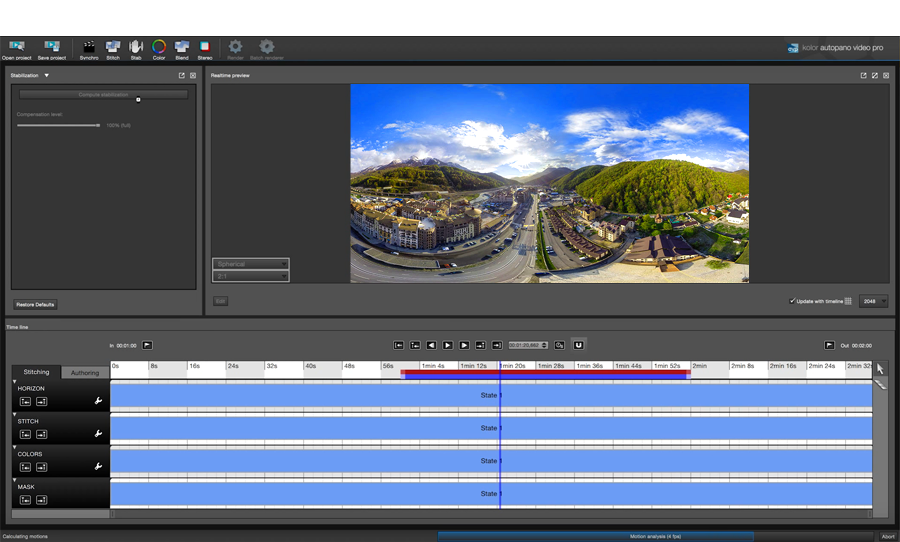 Using a combination of Final Cut Pro or Adobe Premiere and ClipChamp.com and AutoPanoVideo (involves uploading massive video to the Cloud)

Okay, this is so complicated even for the video experts at muvee. We really don’t recommend it. But if you are a sucker for pain, knock yourself out!

Running Parallels on your Mac
One other way to stitch your 360 videos from the Samsung Gear is to run the PC software given free by Samsung on your Mac through something like Parallels or Bootcamp on Mac OS X. Neither of which is a true Mac solution and not guaranteed to work in some cases due to the need to use on-board GPU of your Mac and other related video-card issues that can sometimes occur. 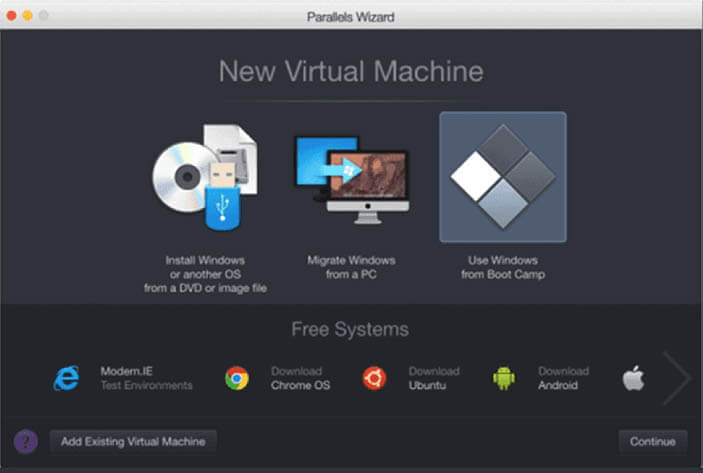 Sit back and enjoy the 360 view. 360 Stitcher Software automatically serves up the views to you.

The 360 Video Stitcher for Mac by muvee

So we found ourselves being stuck with 360 videos that don’t even play on our Macs. There simply weren’t any easy to use software to just stitch Samsung Gear 360 videos and easily post them to YouTube or Facebook. So we built one!

The 360 Video Stitcher for Mac application puts the power of our proprietary instant trim engine and stitching profiles for the Samsung Gear 360 camera into one simple to use software.

Simply drag your 360 videos from your SD Card, Trim and Share! 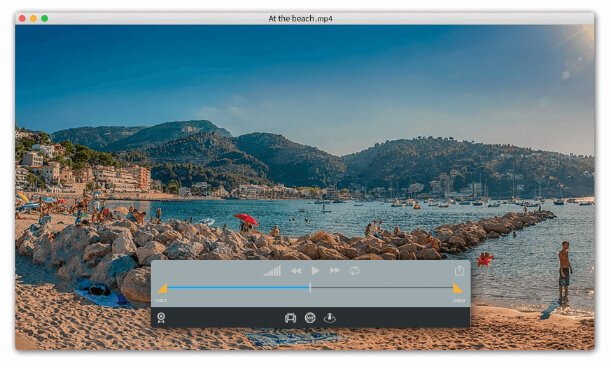 Simple drag and drop interface
Application will figure out which videos are supported and how to preview them.

Various viewing modes
Sit back and enjoy the panoramic mode where your 360 will pan automatically, or simply gesture your fingers across the mouse pad to focus on various viewpoints.

Trim instantly
Set start and end points and hit Export. Easy as that!

One-click upload to Facebook and YouTube
The video stitcher for Mac application will automatically inject the required metadata which YouTube and Facebook needs in order to know how to display 360 videos properly on the network for various phones and computer screens.

Processing 360 footage requires your machine to do some heavy lifting.
That’s why your Mac will have to meet certain requirements so it can smoothly run the Application, check hardware requirements.