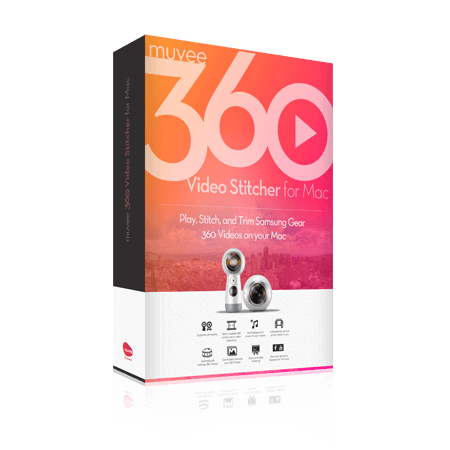 The Only Mac Software that supports the Samsung Gear 360 Videos and Pictures!

There simply weren’t any easy to use software to just stitch Samsung Gear 360 media and easily post it to YouTube or Facebook. So we built one!
Simply drag your 360 videos and Pictures, Trim them, add music or even create a slideshow ready to be Share!

muvee 360 Video Stitcher works perfectly with all Samsung Gear 360 Cams, just select which model (2016 or 2017) you used to film the footage, and the app will automatically adjust the stitching to perfection!!

Add background music to your videos. After all, nobody wants to watch a deadpan video…even in 360.

Comfortably browse your 360 Photos taken with the Samsung Gear 360 cameras on your Mac.

Stitch multiple 360 photos into a 360 video slideshow with transitions and music. How cool is that?

Set start and end points and hit Export. Easy as that!

Sit back and enjoy the panoramic mode where your 360 will pan automatically, or simply gesture your fingers across the mouse pad to focus on various viewpoints.

The video stitcher for Mac application will automatically inject the required metadata which YouTube and Facebook needs in order to know how to display 360 videos properly on the network for various phones and computer screens.
Category: muvee

The 360 Video Stitcher for Mac application puts the power of our proprietary instant trim engine and stitching profiles for the Samsung Gear 360 camera into one simple to use software.

Simply drag your 360 videos or pictures from your SD Card, Trim and Share!

Add some holiday spirit to your videos with our fantastic deals!!

For a limited time only!

Never see this message again.
We use cookies to improve your experience on our site. By using this website, you agree to our use of cookies.I agreeLearn more